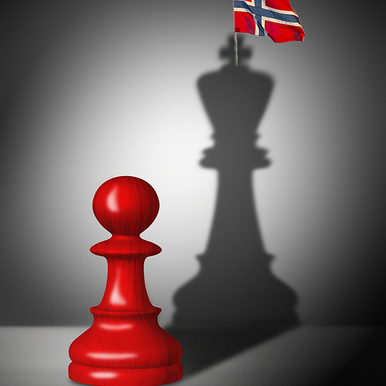 Our masters here at ChessLecture have been studying Carlsen for years.

In this first-ever collection you can view Carlsen’s rise to World Chess Champion as he took over the world of chess. We also feature several never-before released lectures on how Carlsen does it. What are his secrets? Learn from the best how to become YOUR best, Carlsen-style.

Over 16 hours of amazing analysis.

Our collection contains these never before published to the public lectures:

GM Perelshteyn
Carlsen's Positional Maneuvering is an Art Form!     Run Time 20.07 minutes
How to Play with Initiative vs the World Champion Magnus Carlsen      Run Time 26.05 minutes
(from his game with Carlsen at the Isle of Man Open in 2017).

The E-DVD The Rise of Carlsen
Content: 5 hours and 11 minutes in a series of 12 lectures.
Magnus recently became the first player ever to hold the world titles in classical, rapid and blitz chess at the same time! In this DVD you can follow Carlsen’s rise as he became the world champion through many games with his fellow top ranked grandmasters. You'll hear the expert analysis of the ChessLecture masters as they expose Carlsen’s methods, give you feedback on how he gets the edge against his stellar field of opponents and show you how he breaks with some current chess theory. We also feature an analysis of his first defeat since taking the world championship. What could catch this legend in the making?

The E-DVD Carlsen’s Black Magic / Carlsen in Baku
Content: 2 hours and 13 minutes in a series of 5 lectures.
The chess prodigy who is currently the number-one ranked player in the world and the number one ranked player of all time! See the games that got him there.

The E- DVD Magnus Madness
Content: 2 hours and 11 minutes in a series of 5 lectures.
Analysis game by game of one of the best tournament results in the history of chess. Carlsen eclipsed a stellar field consisting of Topalov, Peter Leki, Dmitry Jakovenko, Teimour Radiaboy and Wang Yue to win clear first prize with 8/10 at the category XXI Pearl Spring Chess Tournament in 2009. Magnus Carlsen is considered to be the top ranking chess player of all time to date.

And the new release of the E-DVD Carlsen in the Open : Isle of Man International by GM Bryan Smith
Content: 3 hours and 29 minutes in a series of 6 lectures with a bonus lecture from GM Eugene Perelshteyn on his round 2 slugfest with Magnus

THIS E-DVD collection contains just released material. Get it before your opponents do!