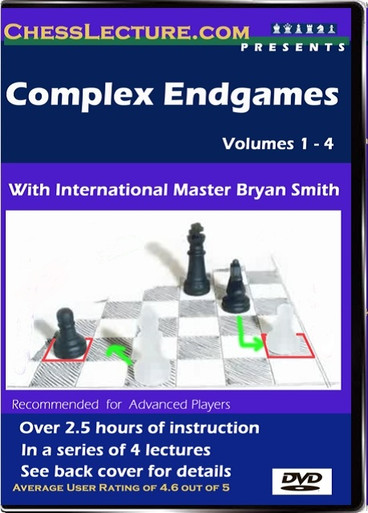 Presented by ChessLecture.com for advanced players.

Content: 2.5  hours of chess theory and discussion, with example games, over a series of 4 lectures.

Members of ChessLecture.com rated this series a 4.6 out of 5

Fans on ChessLecture.com said:   Very instructive lecture. Brian taught me a lot. I look forward to the next one.

IM Bryan Smith: grew up in Anchorage, Alaska, and currently resides in Philadelphia, PA. Some of his accomplishments include clear first in the 2008 National Chess Congress, first place in the 2006 U.S. Masters (qualifying to the 2007 U.S. Championship) and first place in the 2008 King's Island Open, as well as winning many other Grand Prix tournaments. He was on the national champion UMBC chess team from 1999 to 2001. Bryan is the highest rated player ever from Alaska.

4 lectures Professionally mastered by the publisher