Capablanca in the Endgame 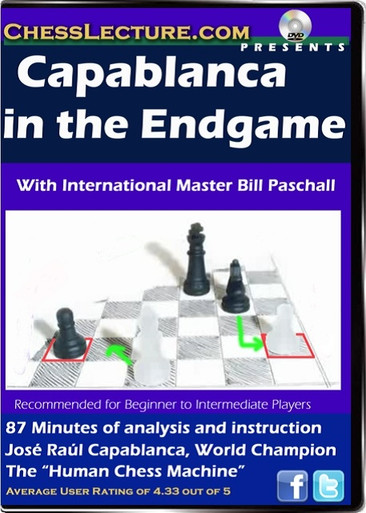 Capablanca in the Endgame

Capablanca in the Endgame By IM Bill Paschall

José Raúl Capablanca was a Cuban chess player and World Chess Champion from 1921 to 1927. Renowned as one of the greatest players of all time, Capablanca had exceptional endgame skill and clarity of thought that contributed to his exceptional speed of play. Over time his achievements in the chess world and mastery over the board and due to his relatively simple and direct style of play he was nicknamed the "Human Chess Machine".

Content: 87 minutes of instruction and analysis in a series of 3 lectures.

Members of ChessLecture.com rated this series a 4.33 out of 5

Fans on Chesslecture.com said: A fascinating game. It was great to see the full game with such clear explanations. Bishop D7 was a jaw dropper! Thx IM

IM Bill Paschall currently resides in Budapest, Hungary. Bill was the Boylston Chess Club Champion 2002, finished 1st at the Foxwoods Open 2002, Two-Time New England Open Champion, and has defeated more than 20 IGM's in tournament play. Bill has extensive experience training both adults and children privately and in the schools

Three lectures professionally mastered by the publisher/ New in Box and just released!